As you probably know I keep track of what I read/watch/listen/consume in terms of inputs. I use Roam for my Personal Knowledge Management, productivity and daily journaling. Yes, it’s not free and it’s not cheap, but as a beta user I’m still enjoying it for free 😉

Anyway, I always wanted to share more of what I “consume” in terms of high quality online content. I tried with “Eleven Gems on the Net” series, and I tried again with CuriosiTips. I also tried to add a Learning/Curiosity section in each monthly update. I loved it, and I got amazing feedback as well… but it was time consuming.

So I’m trying a new format: just “dump & edit” my Roam notes and links here, on a weekly basis. I’ll publish a post every Monday, hopefully early in the morning. It should be lightweight for me and hopefully valuable for you. Welcome to WLJ, RIP’s Weekly Learning Journal 🙂

I hope you enjoy! 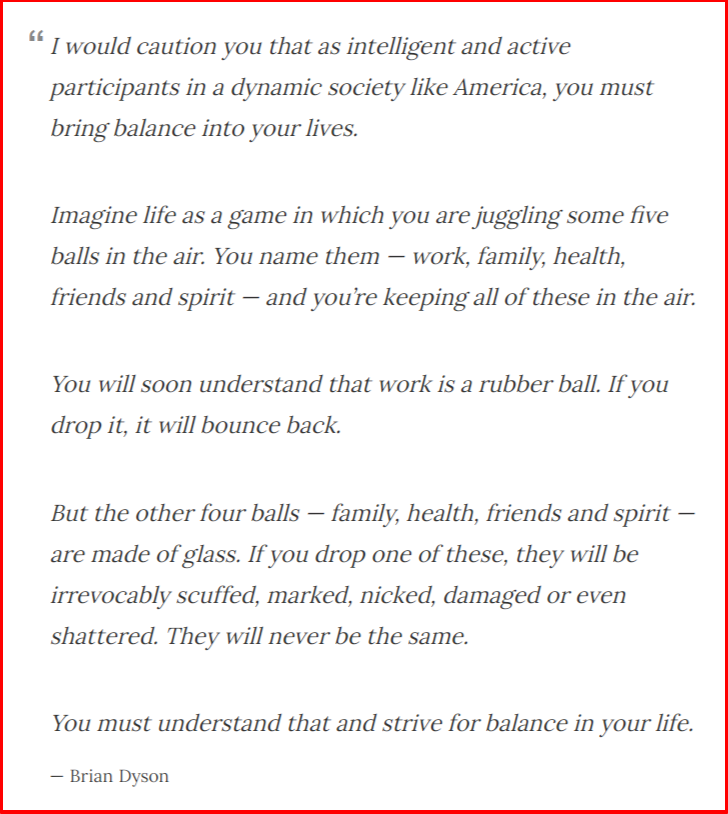 Connected to the previous entry. The excitement is in curiosity and discovery, not in accumulation and money.

Derek Sivers on how to Learn Javascript (7/10)

I like Derek, I’ve read almost everything he published on his blog (didn’t buy any of his books though). He’s one of that kind of person which is hard to define “who he is” and “what he does”. Those are the people I love the most 🙂

He’s also a self taught software engineer, and he build things from scratch all the time. He built his website without using frameworks. He advocates a kind of “first principle programming”, i.e. do not depend on frameworks that comes and go, and learn the basics!

In this article he recommends how to learn JS, but the same principles apply to many other fields, even outside computer programming.

Nick Maggiulli “the most important number in personal finance” (6/10)

Nice concept, I’ve also mentioned mine approximated LWR on one of my Hooli story posts.

Nick tried to build on top of that, but in my opinion the changes he proposed are ok-ish but don’t cover all the issues with LWR. Anyway, a good read. It’s nice to see a real “expert” in the field validate a blogger drunk rant 6 years later 🙂

MMM is not blogging much these days, and it’s reflected in the quality of his posts.

Some sad truths about bonds, and what could be the reasons to hold them in this central bank induced low yield environment. Not convincing enough though.

Italian – Wesa about the abundance of creative production today (8/10)

Nice analysis of current abundance of content. What will we remember of last decade? And what about future decades?

A nice motivational talk, but like XKCD once said “every inspirational speech by someone successful should have to start with a disclaimer about survivorship bias”

I honestly don’t like the CGP Grey Indiana-Jones-like videos, and I didn’t like the original Tekoi one.

But this one to apologize and correct himself, also introducing a classification of possible errors and his mental approach to avoid and/or cope with them is pure gold.

The cost of perfection is infinite

A nice, complete analysis of pro and cons of investing in ESG funds (Environmental, Social and Governance factors) by my second favorite Canadian CFA Youtuber!

Dorian Yates is a famous bodybuilder, who lived 12 years “as a monk”.

Nice video on focus, grit, getting out of comfort zone and so on.

Thoughy2 video about Neurotransmitters… and Balance (7/10)

On a personal note: I think I’m having many Amygdala hijacks episodes lately. When Adrenaline and Cortisol are produced and you enter in “Fight or Flight” situation and you can’t think clearly.

A lot of philosophy gems here. Maybe you can relate if you’re a content creator, or have an ongoing existential crisis.

It’s always a pleasure to listen to Jane Goodall. You can still be an idealist at age 86!

investitori Ribelli are a couple of Italians living in UK. They invited me on their podcast. We recorded the episode on Friday August 14th. The same day I listened to a couple of episodes of their show. A nice discovery in an almost empty “investing in Italy” landscape.

This article started a rabbit hole of few other articles. The idea that broke my brain is that “pursuing more options is not always a good thing”, which I think it used to be one of my strongly held belief.

I read “The Trouble with Optionality” commencement speech by Mihir Desai few months ago, but this new sequence was a punch in the face!

I also extracted notes on this article:

Part of the previous rabbit hole.

Extracted notes on this as well:

The “Decision Elf” said to him twice in his life (so far): “The risk not taken is more dangerous than the risk taken“.

There are costs associated to not taking risk. Get out of your comfort zone. Both in money management (do not save for the sake of saving, invest it!), and in any major life decision.

Yeah, I like Nat a lot. I’ve read almost everything he published. He’s 16 years (!!!) younger than me, but I consider him a virtual mentor of mine on so many fields.

Thomas Frank video on How to Make Money Online (7/10)

I like this guy. I like the way he exposes concepts in the field of productivity. Nothing original, but well exposed. High quality.

This is one of the best articles about monetization, content quality and everything about blogging I’ve ever read.

This dwarfed any other article on the same topic I saved.

I need to read and re-read it many times.

If I ever decide to pull the trigger on employment and go all-in with blogging/entrepreneuring this article will be the lighthouse.

I need to extract notes about it, but it left me with a series of “wow…” and I hadn’t grabbed the pieces of my brain on the floor after the explosion yet.

I expected this article yet another “how to launch a blog” whose sole goal would be to recommend you to sign up with BrownHost, the shittiest host ever with the best referral program, but I was soon reminded that Nat is not the affiliate-addicted blogger-next-door:

Then he switched on how to create content, writing habit, the writing itch, some basic SEO – and how to not care about it if it damages what you want to deliver – other great recommendations (btw, he also wrote a great article on writing quality).

Then he switched to traffic and monetization and got 100% transparent with his experience so far.

And WOW! This is the jaw breaking part. I love how he approached it, and holy crap what are the results!

I myself purchased his Effortless Output with Roam course few months ago for 100 USD, and I think it’s very high quality! He just wrote an enthusiast post about Roam – a post that convinced me to try the product while it was in closed beta – and few days later he executed on the success of that post and… published a course on it. A rich course, with many videos (and he keeps adding content!).

It’s how I want to operate if I ever want to go that way.

That’s how he’s making out of his blog, not considering Roam course and his company Growth Machine, also born out of a successful post.

You can find the breakdown for each subcategory on the post.

If you factor in revenues from his Roam course:

Congrats bro, happy to be a small yellow block in this picture 🙂

And still, he gives away 99% of his content for free. Amazing business model!

Ok, I’m into another rabbit hole.

I still haven’t found a topic that Nat touched superficially or in the wrong way. including FIRE, including Passive Income. Ok, maybe Budgeting…

Anyway, Deliberate Practice is a topic I love a lot. When I dream about revolutionizing education, I’d put deliberate practice at its center. The most inspirational figure so far is Cal Newport, and his great trilogy on how to become a valuable worker: So Good they Can’t Ignore You, Deep Work, and Digital Minimalism. Well collected into this 2015 talk at Adobe 99U conference.

Nat showed me how to go one level deeper, pointing to original research by Anders Ericsson (the researcher who defined the term in the 70s), and his book Peak.

I haven’t read the book, but it seems like I should.

Their videos are always pleasant to watch, especially if you’re a futuristic dreamer like I am 🙂

The season is over. It’s been a NO-SPOILER season for a O’Rangers fan like me!

That’s all for this week!

If you like what I do, please support me on Ko-fi

if you’re too lazy to click on Binge Reading Page…